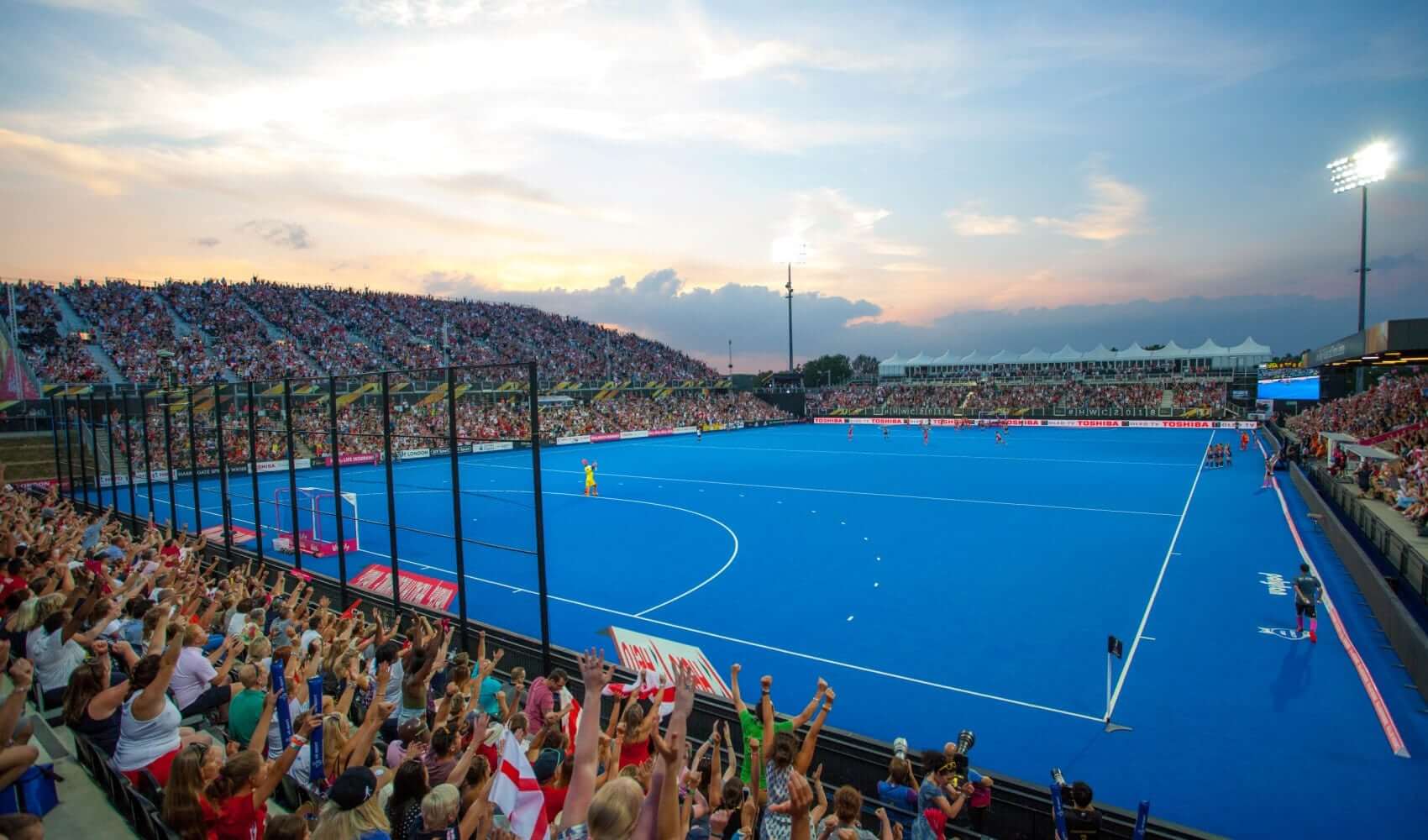 Lee Valley Hockey and Tennis Centre recently hosted the 2018 Women’s Hockey World Cup. The venue capacity was transformed with the addition of two temporary grandstands, which included bespoke structures that tripled the seating capacity to match the increased ticketing demands of the event. After a thrilling tournament of close games, a capacity crowd watched a Dutch masterclass in the final as they took the title with an emphatic win over Ireland.

“We have really enjoyed working with Arena. The team has done a great job for us, with a challenging build at one end. We would have no hesitation in using Arena again or in recommending them to others.”

“Delivering this world class temporary stadium is the culmination of a four year collaboration leading up to this World Cup. We have worked together at a series of hockey events at Lee Valley, fine tuning what would work best for this particular event. This long-term approach really allowed us to find the best solution and make the most of the clients’ budget.”

Arena supplied a range of products, including a near 6,000 capacity clearview grandstand, which was added seamlessly to the West Stand, with an 18m rear height that gave perfect sight-lines onto the pitch. Arena also installed VIP clearview seats in front of an Arena Structures’ Gold Lounge Hospitality Suite on the Arena Deck, all culminating in enhanced spectator experiences.

“We designed and installed a custom fit configuration that created a temporary stadium giving every member of the audience a fantastic view of the action. It was important that we increased the capacity of the venue using temporary grandstands and infrastructure with a cost-effective solution. This is an ideal model for venues that host regular events with smaller audiences that need to drastically increase their capacity for specific events.  This is a challenge Arena takes in its stride and relishes.”

Despite the challenging hot weather conditions, remarkably, the temporary stadia took only a month to build with Arena’s Graham Bowman as site manager overseeing a crew of between 20 and 30 highly skilled Arena staff.

The impressive stadium was a result of a four-year working contract between England Hockey and Arena. Both parties, along with CSM Live and Lee Valley grew and learnt about the needs of the event and venue as they worked together on tournaments such as the European Hockey Championship and the Investec Hockey Cup.

In addition to seating, Arena were proud to supply the BT Sport TV studio, video screen support structures, accessible viewing platforms, camera platforms and broadcast cable bridges to ensure the venue was pristine for the media attention the event would bring.

Over fortnight Lee Valley saw over 100,000 people attend the prestigious event with nearly every game being sold out. After the event the temporary seating and infrastructure was removed swiftly and Lee Valley will returned to its normal capacity ready for their next sporting event.

“Arena have been world class in supporting us in delivering a stadium befitting a memorable World Cup for the fans and players. Terry and the team brought us the experience and expertise that gave us confidence at all times and supported in the delivery of a highly successful Women’s Hockey World Cup event that will be remembered for years to come!”