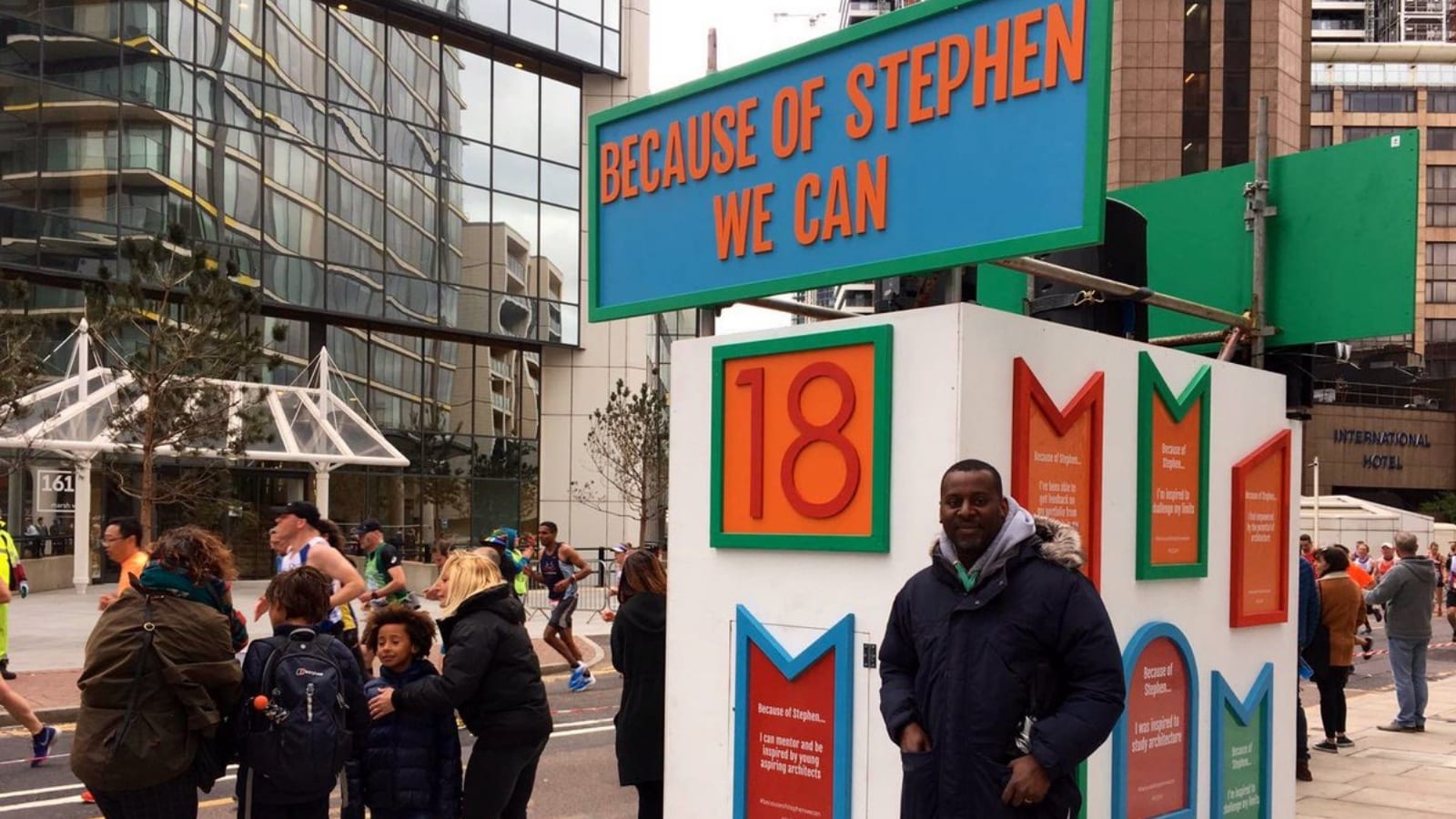 Arena are delighted to confirm another successful sporting event, this time for the 2019 Virgin Money London Marathon, which took place on Sunday 28 April, in collaboration with London Marathon Events Ltd.

In addition to installing 50 structures, plus seating for the start and finish lines in just 48 hours prior to the event, Arena worked closely with the Marathon organisers and the Stephen Lawrence Charitable Trust with a competition for aspiring young architects to design the Mile 18 Marker in celebration of the first national Stephen Lawrence Day on 22nd April.

The winning team even played a hand in installing the structure at height with the Arena team. The Mile Marker undoubtedly provided a much-needed boost for the 40,000-plus participants battling with Mile 18 in the race.

The ambitious design, which included audio clips, served as a reminder to keep the legacy alive for the late Stephen Lawrence — an aspiring architect and keen runner himself — and was well-received by the thousands of spectators who lined the streets of London to watch the iconic sporting event.

The whole project was over seven months in the making. As well as overseeing the event build and operation, Arena Project Director, Martin Clark was also invited onto the judging panel for the Marathon Mile Marker Competition:

“The event was deemed a huge success, and on behalf of the whole team at Arena, we feel truly honoured to have been part of it. It was a pleasure to work alongside London Marathon Events and the Trust, to collectively form a real driving force in keeping Stephen’s memory alive and have a long-lasting impact by supporting architects on their career journey.”

“We extend a huge congratulations to the competition winners, who carried out a fantastic job of assisting with the actual build on the day, and we’re so pleased that we all pulled off such an ambitious design, which was very well-received by the public,” said Clark.

Arena has supported the London Marathon for 24 years, but this year’s event proved particularly symbolic with funds raised tipping the £1 billion mark.

Clark said: “We’re delighted to have been part of the Marathon’s remarkable fundraising support which has raised vital money for thousands of charitable causes. The team and I made sure we did our bit to cheer on all the runners, especially those taking part to raise funds for the Stephen Lawrence Charitable Trust. We look forward to being part of the Marathon journey for many more years to come.”