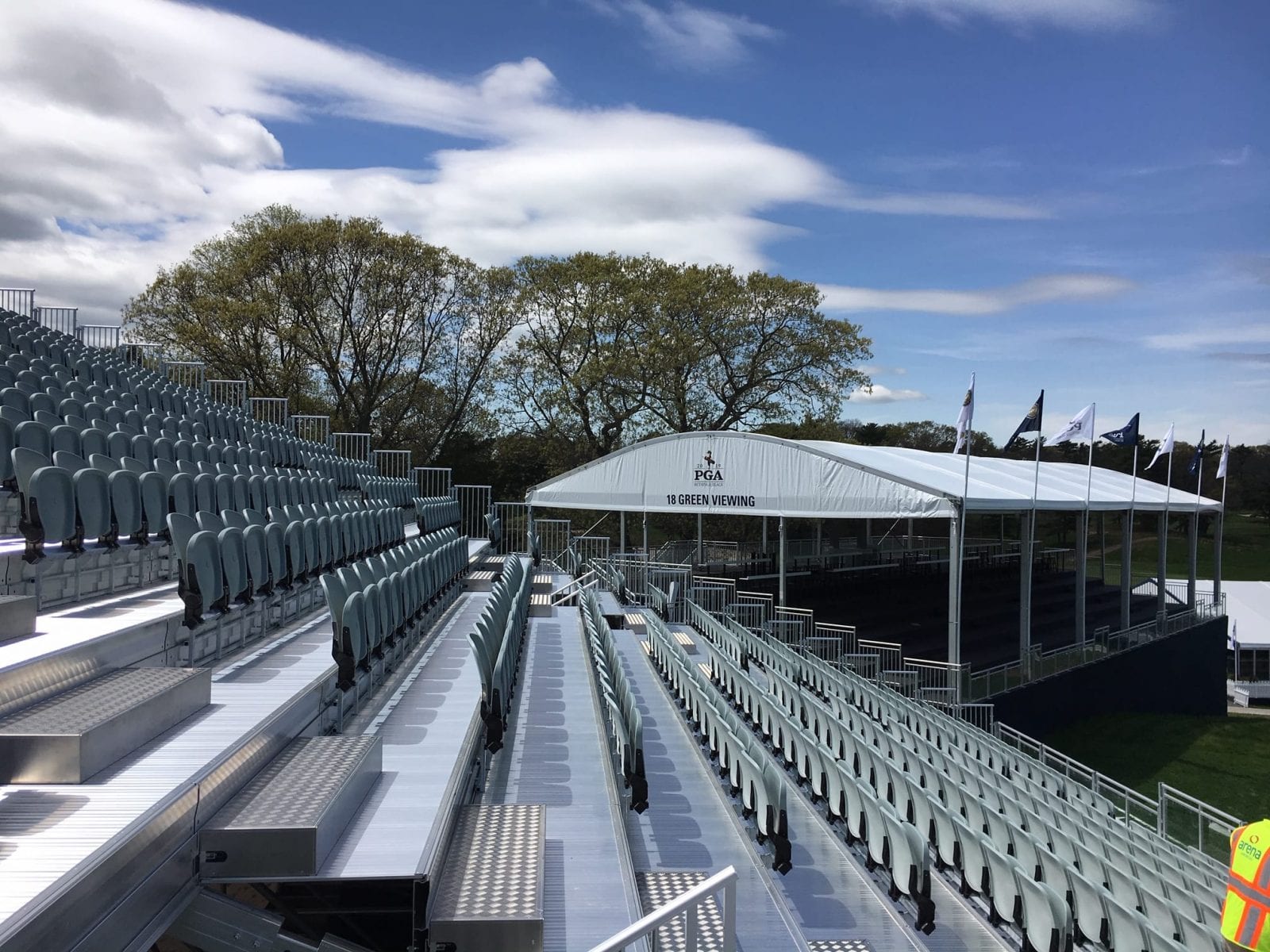 Arena confirms that the 2019 PGA Championship at Bethpage New York starting tomorrow marks the start of their new 7 year contract, as previously announced, which has been expanded to include tiered seating.  This is an extension of the contract awarded to the Group in 2017 to supply temporary structures and flooring.

The contract also includes the Seniors and Woman’s Championships each year. For 2019 the KitchenAid Senior PGA Championship is at Oak Hill Country Club in Rochester, NY, and the KPMG Women’s PGA Championship is at Hazeltine National Golf Club in Chaska, MN. Additionally, the contract covers the supply of products and services for the 2020 Ryder Cup at Whistling Straits in Kohler, WI, as well as the 2024 Ryder Cup at Bethpage State Park (Black Course) in Farmingdale NY.  In total, the agreement will cover the next 21 PGA of America Championships plus the two Ryder Cups contested on U.S. soil.

The Group already provides tiered seating to many large-scale events around the world through its other two divisions.

“This contract strengthens our relationship with the PGA of America and represents the Group’s primary market entry point for tiered seating within the USA.”