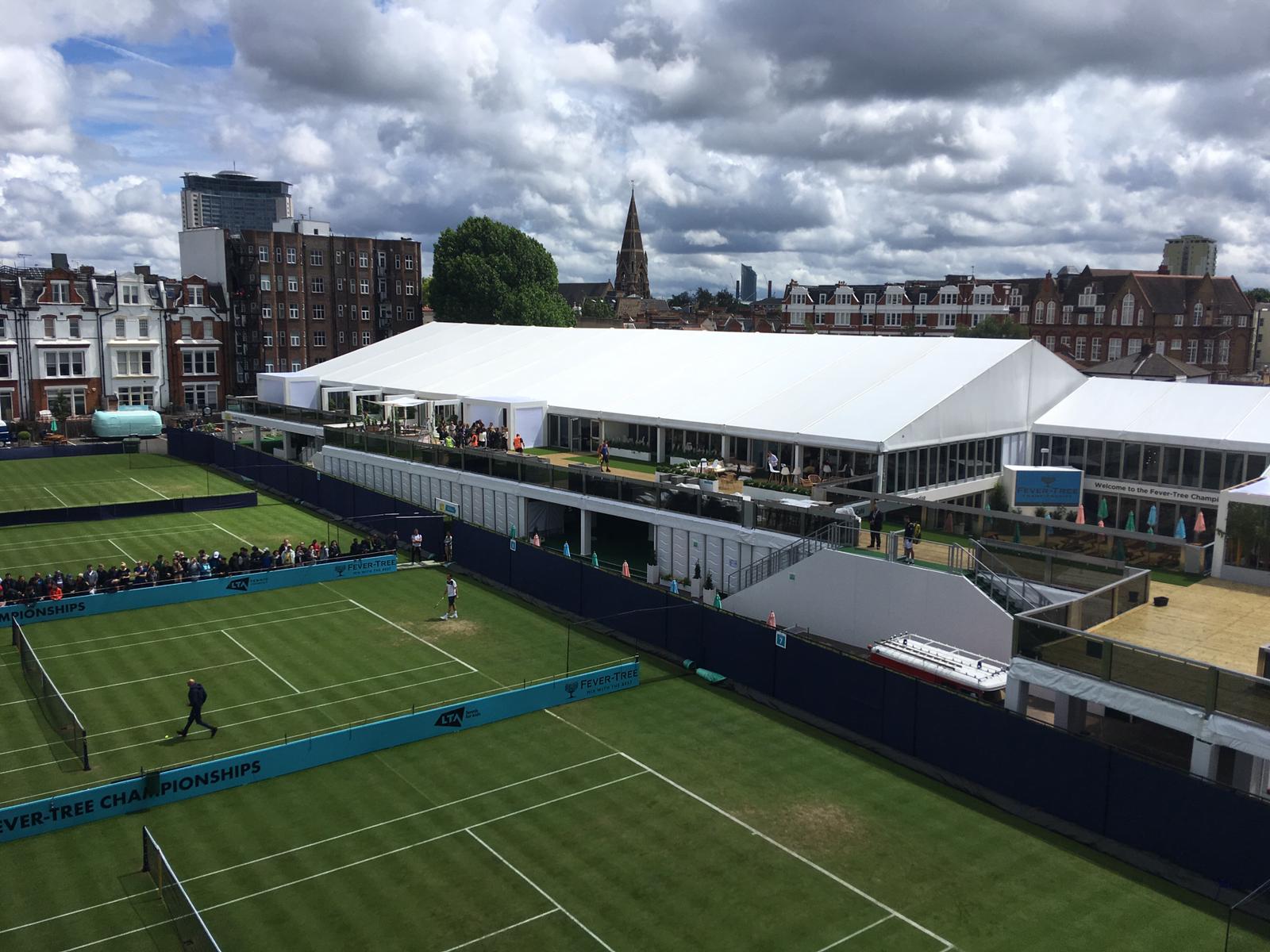 Considered as a key indicator for Wimbledon, more than 6,000 spectators descend on the centre court of The Queen’s Club in London every year for the men’s professional tennis tournament, which is part of the ATP World Tour.

This event is the most complex job of the year for Arena due to the compact site area and transport restrictions, resulting in a build and dismantle time of several weeks.

Dan Bluff, Project Director for Arena, who has spent 11 years working on this project, said:

“We are absolutely delighted to have supported the championships for the third decade, it’s a major milestone for us and one we look forward to celebrating.

“Having managed a wide range of projects, this is certainly the most challenging. We have confined spaces in which to install all of the seating for almost 10,000 spectators, as well as hospitality structures for the event. The added complexities of the stringent transport measures in force at the venue also impact the delivery, install and decommission.

“After working on this project for so many years now we have found the perfect method and everything runs like clockwork due to our experienced, vertically-integrated teams on the ground and project teams who work diligently to coordinate everything within budget and on time.”

Jim Barron, Construction Manager for the Queen’s Club project, has worked on the event since 1989, and seen the event grow in popularity from the initial single-deck structures required, to today’s build list including double-deck seating, temporary structures, interior fittings, catering equipment and furniture:

“It’s such a wonderful achievement to have been part of the tournament’s growth over the decades, supporting the increased awareness and popularity of tennis – it’s such a British institution, and this project is one I am thoroughly proud to have been, and continue to be part of.”

The Queen’s Club sporting event is one of the longest-running grass court tennis tournaments, first held in 1884 as the London Grass Court Championships.