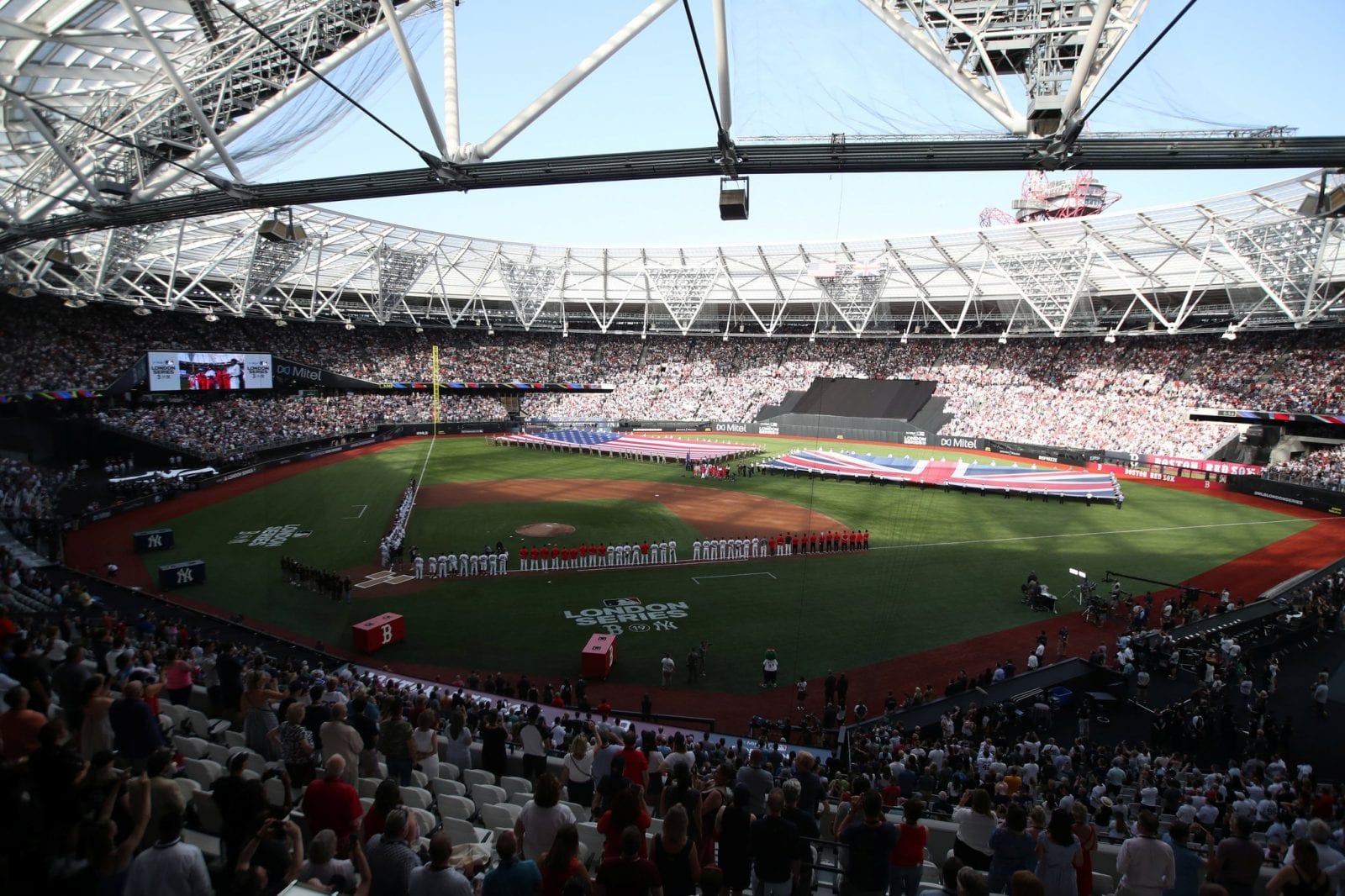 Arena will be supplying temporary seating and an ASD (Arena Super Deck) temporary structure for the first ever Major League Baseball (MLB) Series in Europe this weekend. The Boston Red Sox will play famed rival the New York Yankees at London Stadium on 29 and 30 June 2019.

Announced in May 2018, the Mitel & MLB Present London Series is part of a long-term strategy to grow Major League Baseball in Europe spanning two years, 2019 and 2020. London Stadium will be transformed into a 60,000-seater ballpark where the famous rivals will play each other for the first time ever on British soil. The decision was made to install artificial turf instead of real grass, and much of the materials are being shipped in from across the world, with the artificial grass coming from France and the clay shipped over from Pennsylvania in the US.

London Stadium has played host to a wide range of cultural and sporting events since its inauguration in 2012 including the IAAF World Athletics Championships, the IPC World ParaAthletics Championships in 2017, multiple concerts in 2018, Premier League football throughout the year, and now the first ever MLB Baseball game in Europe.

Bradley Merchant, Project Director, Arena UK & Europe seating comments:
“It was incredibly exciting to learn we won this project, being such an iconic sporting team coming to the UK we were honoured to be able to assist in the production of such a historic event. In addition to seating, we are also providing our new ASD temporary structure which is a new product to the market.”

Arena is no stranger to major one-off projects, the event supplier specialises in delivering bespoke and complex temporary environments for cultural, sporting, and ceremonial events around the world. Events delivered over the years include the iconic Beach Volleyball Stadium at Horse Guards Parade during the London 2012 Olympics. In July 2018, the seating supplier extended the seating capacity of Lee Valley Hockey and Tennis Centre by 6,000 seats for the 2018 Vitality Hockey Women’s World Cup.