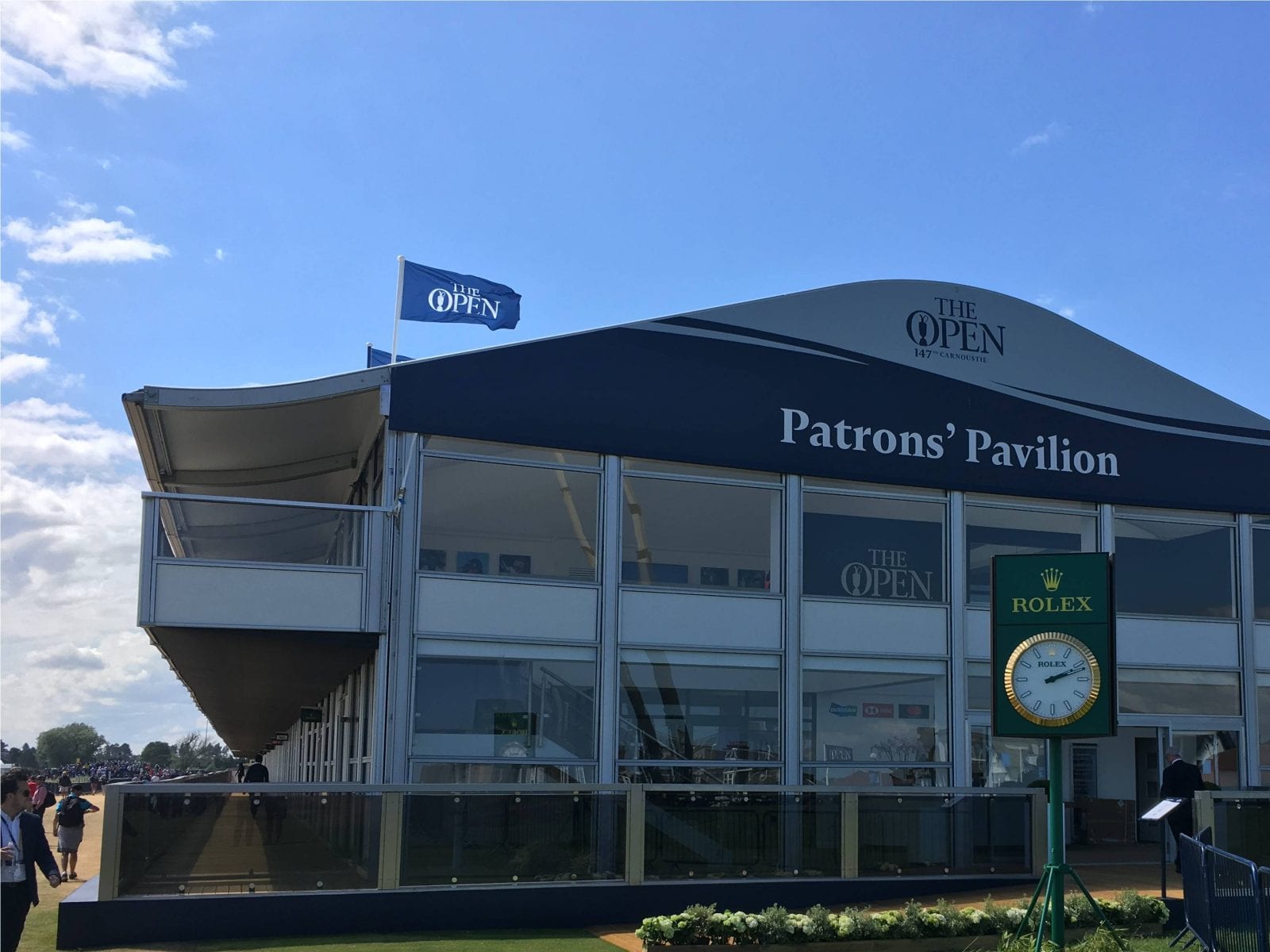 Arena returns for another year to supply the 148th Open Championship at Royal Portrush Golf Club from 18-21 July 2019. The turnkey event supplier is once again providing temporary structures, furniture, and scaffolding for various corporate hospitality, media, and catering environments at the golf tournament.

Arena has been working with the R&A on this prestigious event for more than 40 years, developing the hospitality facilities and experience over the years to what it is today – a world-class golfing experience.

The 148th Open is proving to be the largest Open for Arena, with the company supplying more than 30,000m2 of both single-story and multi-story temporary structures for the event, including a 2.6 times larger double-deck hospitality structure compared to last year. Arena has also supplied a wide range of furniture for multiple areas of the event including hospitality, media, back of house, and dining areas.

This year marks a particularly special year for the event as it returns to Royal Portrush, Northern Ireland after 68 years. This is also the first time The Open has been held outside of England or Scotland since 1951, which was the first time the event was staged at Portrush.

The Open is the final major of the golf season and is the only major played outside of the US, and attracts the worlds best golf players including Francesco Molinari, Tiger Woods, Brooks Koepka, Rory McIlroy, and Dustin Johnson to name a few.