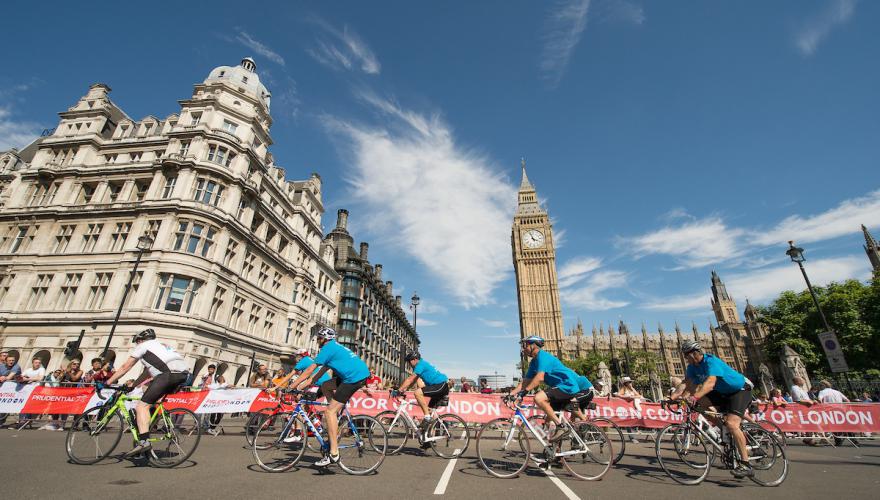 Arena will be participating in the Prudential RideLondon-Surrey 100 for the Stephen Lawrence Charitable Trust on 4 August 2019. Arena’s Head of Mass Participation, Steve Shaw, will cycle the 100-mile route starting at Queen Elizabeth Olympic Park, going through the serene Surrey countryside, and ending on the Mall.

The Stephen Lawrence Charitable Trust supports young people to transform their lives by overcoming disadvantage and discrimination and moving into ambitious careers as professionals.

This is not the first time Arena is partnering with the Trust. Earlier this year Arena and the Stephen Lawrence Trust partnered with the London Marathon to build a special commemorative Mile 18 Marker for the 2019 London Marathon.

A competition was held for aspiring young architects to design the Mile 18 Marker in celebration of the first ever Stephen Lawrence Day. Arena, who supplies all of the start and finish gantries, mile markers, and temporary seating for the London Marathon, worked closely with the winning team to bring their design to life.

Arena will continue its support for the trust, raising money in the Prudential RideLondon-Surrey 100 race this weekend.

“I’m honoured to continue our support for the Stephen Lawrence Trust and participate in such a fantastic race! The Prudential RideLondon race has always been on my list of races I have wanted to do, and it means much more that I can do it for such a great cause. It was such an honour for Arena to be involved in the Mile Marker project earlier this year, and this is a continuation of our ongoing support for the organisation”

Launched in 2013, Prudential RideLondon weekend was designed as an annual legacy following the London 2012 Olympic Games, mirroring the London Olympic Games road race. The event has grown to become one of Britain’s largest fundraising events and the largest festival of cycling in the world, with UCI WorldTour status, and offering equal prize money for both the men’s and women’s races. Arena supplies RideLondon with fencing and barriers equipment.