Arena gives US soccer fans the best view of the action

US soccer fans are once again cheering on a professional team in the City of Rochester – and Arena has ensured they won’t miss a second of the action. 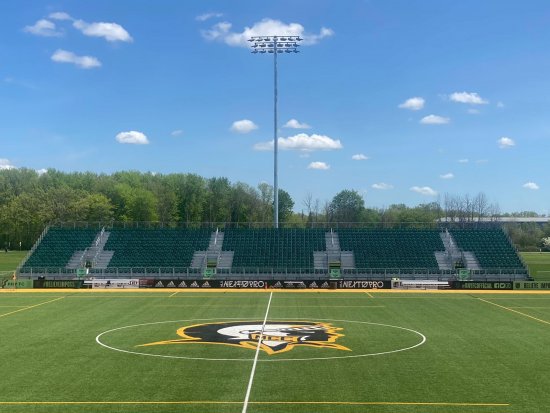 Arena are proud to have designed, manufactured and installed a modular grandstand with circa 1,200 seats at their new temporary home, principally using our Clearview™ proprietary system – a reconfigurable, demountable seating grandstand which is proven to provide the best possible sightline from every seat.

Teams from Arena Americas and Arena Europe, Middle East and Asia worked closely together to complete this exciting project.

Rochester New York FC, based in Rochester, New York, are back playing in the MLS Next Pro for the 2022 season. They’re the only independent side in the league, competing each week against the development teams of the big MLS franchises. There is also the added matter of part ownership by Premier League winner and England International, Jamie Vardy.

The Club will be based at the Monroe Community College for the next few seasons, whilst advancing plans for a new legacy venue.

We’re delighted to see Rochester New York FC playing once again and we’d like to wish them the best of luck for the forthcoming season.